Progressive was founded as a result of the DECK. Ross Weir, Founder and Director at Progressive, designed the DECK in 2001 and worked with Prof. Mike Caine, then Director of the Sports Technology Institute, to co-found Progressive Sports Technologies. The goal was to develop a piece of fitness equipment to license out to a fitness brand.

Reebok Fitness Equipment were the party who were initially interested in taking on the DECK as a part of their product offering and began selling the product in 2003. This was sold through Escape Fitness as the Reebok DECK up until 2013, when Escape redesigned and re-branded the Escape DECK, which is still a core part of the Escape product offering today.

The DECK is a product that was the catalyst for the business we are today. The product was managed by Ross and Mike from conception to prototypes, through to research into the methods of use, development of the product with factories in the Middle East, manufacture considerations and ramp-up, finishing with validation of the final product to meet all the requirements for the end user: lightweight and portable, strong enough to endure sufficient loading, flexible enough to adopt a wide range of positions and capable of storing fitness equipment.

Initial designs were developed by Ross to encapsulate all the potential uses of the product. The flexibility of the design team allowed the product’s aesthetics to adapt to suit manufacturing needs, visual appeal and usability. 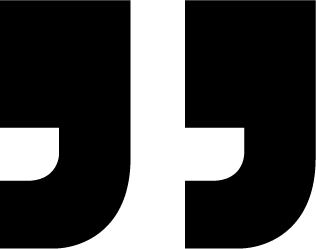 "Reebok Fitness Equipment continues to enjoy a positive working relationship with Progressive. Our partnership has enabled innovative research and development projects, developing out product offering now and for the future.

The key to the success of the DECK lies partially in the early concept development and the rapid iteration of basic prototypes to validate the design direction. Progressive collaborated with PDD on developing further concepts that helped shape the final design.

Moving forwards, the product development process was fully undertaken by Progressive, with Ross and Mike working with factories in Asia to perfect the mass manufacture for the product. During this process, Progressive pitched the product to a range of interested fitness equipment manufacturers, with the help of fellow director, Jeff Davis. The result: a licensing agreement with Reebok and the birth of the Reebok DECK.

Since its introduction to the market in 2003 the DECK has had a product iteration in the Escape DECK 2.0. The product is a strong seller today with traction being gained in the USA and agreements being made with Life Fitness to stock the DECK within their gyms. The development of product, particularly in the fitness world but also in other areas of the sporting landscape, is an activity close to the heart of Progressive Sports Tehnologies.

You can get your Reebok Deck by clicking here

You can get your Escape Deck by clicking here

"We have been working with Progressive Sports for many years now, forging a partnership and alliance developing State of the Art fitness products for our International client’s. Working from provisional ideas and “blank sheet” philosophy, they have helped us to take conceptual ideas through to mass production worldwide. From detailed brief “Ideation”, 3D design, rapid prototyping, tool design support and accelerated longevity testing support, their experience and attention to detail has been fundamental to the success of the products. Long may our partnership continue.

Are you our next great client?
We’d love to talk. Email us info@progressivesports.co.uk
or you can fill out our enquiry form. Simple.